The West Coaster Motel is close to some of the best attractions and activities you can find on the west coast of Tasmania.

View some of the attractions that we recommend:

LAKE MARGARET POWER STATION – The Lake Margaret Power Station is the third oldest hydro-electric power plant in Tasmania, Australia. It was constructed between 1911 and 1914, by the Mount Lyell Mining and Railway Company. It was sold to the Tasmanian Hydro-Electric Commission in 1984, and was officially decommissioned on 30 June 2006, and decommissioned in 2009 after a multi-million refit and officially reopened.

QUEENSTOWN’S GRAVEL FOOTBALL GROUND – Queenstown’s “Gravel” Football Ground has been described by some as “The Most Infamous” football field in Australia. It certainly is one that has struck fear into visiting football sides for over one hundred years. The Ground was designed this way because of the high rainfall in the area, whereas a grass field would most likely turn to mud. It is also complimented with a Concrete Bike Track around the outside, and in the center, a Concrete Cricket Pitch.

LAKE BURBURY – Lake Burbury was formed on the King River in the early 1990’s as part of Tasmania’s Hydro Electricity Network. It has been well stocked with Trout and is now one of the best fishing spots about.

THE GALLEY MUSEUM – The Galley Museum has Displays and information on Queenstown and surrounding areas. The collections include a photographic collection, Minerals Collection, and Local memorabilia. The Galley Museum is housed in the original Imperial Hotel, built in 1897. The building operated as one of Queenstown’s leading hotels for twenty years, and was also used as a Hospital for a time, as well as a Single Men’s Quarters for the Mt Lyell Mine. Since the 1970’s Eric Thomas photographic collection made its home there. The Galley Collection and building was bought by the Lyell Council in 1985, and is now managed by a volunteer committee.

PARAGON THEATRE – The old Paragon was once a busy Theatre that attracted most of the town folk to watch the latest “Pictures”. In later years it was used as an Indoor Cricket Center but following the closure of that Business, it slowly fell into disrepair. The New owner has over the last couple of years spent a lot of money on the building, including Painting, internal renovations, a new roof and most recently, a huge Mural along the side of the building, depicting Mt Owen at sunset. Also now the home of RoamWild Tasmania Queenstown Tours.

SPION KOPF LOOKOUT – The Spion Kopf Lookout was named by soldiers returning from the Boer War. A Lions Club Project which maintains a concrete path and handrails to the top. Here a poppet head made from materials from the old mine straddles the viewing area.Other features include a Cast Cannon, an Underground Loco with Dump Truck, a Pneumatic Bogger and the remains of the Crotty Smelters rescued from the rising waters of Lake Burbury.

THE IRON BLOW – The Mt Lyell “Iron Blow” Is where it all began for Mt Lyell. It was first mined by prospectors looking for Gold, but instead, they found a huge outcrop of copper. Today visitors can drive up to a brand new parking area & Viewing platform above the Iron Blow. The Turn-Off to the Iron Blow, is between the Towns of Gormanston and Queenstown. The drive from the turn-off is only a few minutes to the car park.

THE LIVING EARTH GEOTRAIL – Tasmania has a rich and diverse range of geological features in a small area. Here, the handiwork of the Earth’s massive forces and geomorphological processes are evident in almost every view. Rocks from all major geological periods are found and Tasmania is custodian to Australia’s key glaciated landscapes of which Cradle Mountain is iconic. The geology of Tasmania is a significant but undeveloped asset, which can be used to tell the stories of not just the island’s landscapes but also our interaction with the living earth. Find more online at www.thelivingearth.com.au. 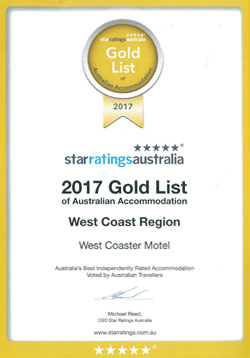